Why Spirituality In Recovery Isn’t What You Think 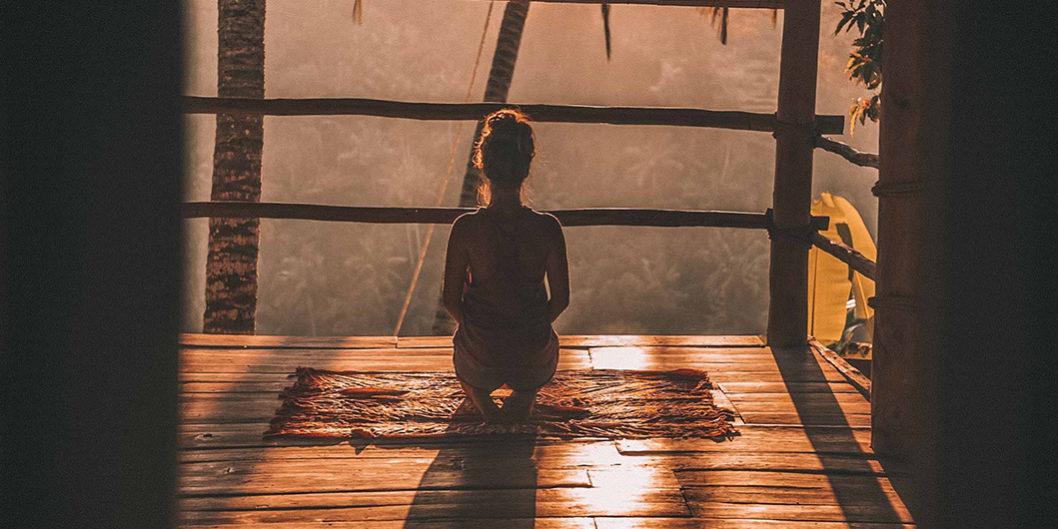 The word ‘God’ is one of the most contentious words in the dictionary; not because there is anything wrong with it, but because people’s varying conceptions of God have been a source of conflict for thousands of years. Since the word God – or “higher power” – is regularly utilized in twelve step programs (and some treatment facilities), many help seekers are reluctant to investigate these options.

The good news is that there is room for everyone in recovery – including atheists, and members of Christian and non-Christian religions alike. As treatment providers, our job is to be culturally competent and to embrace people of all backgrounds. In addressing this topic, our aim is to explain the role of spirituality in recovery and to make words like “God”, “higher power”, “prayer”, and “meditation” less threatening to the doubtful help seeker. Many practices commonly regarded as spiritual have scientifically supported benefits. If you believe in science – and science alone – spirituality in recovery is as much for you as it is for the devoutly religious.

Everyone has their own unique worldview and upbringing, which can make some recovery programs more inviting than others. However, the reward pathways in your brain – to say nothing of other neurological and developmental factors at play – don’t want you to cease substance use. If you are struggling with a substance use disorder you are, in essence, at war with your own brain wiring. Consequently, your mind will look for any justification not to take recovery oriented action. Many times, these justifications center around the presence of spirituality in recovery. For instance, twelve step programs utilize a higher power. Another example is Refuge Recovery’s use of regular meditation. For some, these ideologies invite contempt prior to investigation. Albert Einstein is credited with saying, “Condemnation without investigation is the height of ignorance”. Unfortunately, a lack of open mindedness can mean the difference between life and death.

Blech! What’s With All This Higher Power Stuff, Anyway?

In our last post, we talked about another Einstein quote: “No problem can be solved from the same level of consciousness that created it”. The purpose of a higher power in twelve step programs is simply to implement some higher level of consciousness. For some people, a God consciousness or spiritual ideology serve as this “higher power”. For those who don’t possess spiritual or religious ideologies, social connection, i.e. G.O.D., “Group of Drunks” or “Good Orderly Direction”, serve as this higher consciousness. A higher power is simply something that is not you which helps you to recover an abstinent, emotionally balanced life. You don’t have to go to church every Sunday or attend an annual retreat to a monastery. Your spirituality in recovery can be as simple as asking another person for guidance.

There is complex science to support the need for this kind of connection. In a nutshell, we are hardwired for attachment to others. Infants who do not form healthy attachments either die or experience maladaptive brain development. Connection isn’t just a matter of convenience – it’s a matter of survival. Many individuals who suffer from substance use disorders did not form healthy attachments in childhood and/or experienced conditions which impacted their brain development. In order to heal the brain processes at work in addiction, connection and healthy attachment are imperative to healing.

Some people connect over common religious or spiritual beliefs, while others connect over the lack thereof. The benefit is the same. The only crucial element is that everyone share the same goal: remaining abstinent and emotionally healthy.

Twelve step programs are sociologically fascinating. There are as many conceptions of a higher power as there are group members. There is arguably nowhere else in the world where this kind of ideological diversity coexists peacefully. In this sense, spirituality in recovery isn’t something to be feared – it’s something to be celebrated. What would the rest of the world look like if it practiced tolerance in the twelve step tradition?

Other Cognitive Benefits of Spirituality in Recovery

It can be intimidating to walk into a room and encounter the group reciting a prayer or gathered in a meditative circle. Another survival mechanism humans possess is the inclination to be repulsed by anything that feels “threatening”, i.e. different or uncomfortable. This survival mechanism served us well when we dwelled in caves and had the propensity to encounter hostile entities around every bend. Unfortunately, our prehistoric wariness has long out-served its purpose, especially since we, as people, have moved away from the community living our ancestors enjoyed (the kind of community living that fostered attachment and connection). Today, we need to reset our wiring by pursuing exactly the things which make us uncomfortable. Obviously, this doesn’t mean stepping in front of a bus or befriending a murderer; it means pursuing activities which are meant to rewire our brain in a healthful way and bring us back into connection with one another. In the beginning, this isn’t going to feel good. Growth, by its very nature, feels uncomfortable. If you feel awkward, you’re doing it right! Keep in mind that these are only temporary growing pains.

One way to rewire the brain is to engage in prayer. For some, prayer is direct contact with God. For the atheist or the scientifically inclined, prayer can be referred to as “intention setting”. Sometimes overcoming resistance to spirituality in recovery is simply a matter of reframing the verbiage. Cognitive behavioral therapy – which is a scientific, evidence based model – posits that when you change the way you think, you change the way you feel and behave. Setting an intention is one way of changing your thinking for the better. For instance, you can say: “I am grateful for my sobriety today”. This statement demonstrates the intention to stay sober, and also creates a positive mindset around the idea of sobriety. These intentions – or mantras, if you will – can be incorporated into a meditative practice if desired.

In an earlier post on meditation, we discussed the role of mindfulness in healthy brain functioning. We asserted that mindfulness – the state of living fully in the present moment – is the polar opposite of inebriation, i.e. being drunk or high. The drive to seek inebriation often stems from pain, which creates a perceived inability to tolerate the present moment. Meditation isn’t a religious or spiritual practice per se – that will depend solely on the application of the practitioner; it is, rather, a tool one can use to get grounded and cope with reality in a healthful manner. In essence, it’s another method by which one can rewire the brain. There are lots of ways to practice mindfulness that don’t involve sitting on a cushion in the stereotypical meditative position. For other ways to practice mindfulness, you can read more here.

At the Process Recovery Center, we don’t split hairs over which recovery pathway you pursue; we simply believe it’s imperative to pick a pathway and construct a discipled regimen by which you follow it. The recovery landscape is rapidly evolving, and there are an increasing number of options for help seekers. If you need assistance choosing a pathway -or relating spirituality in recovery to your personal belief system – please call (888) 649-1149 or contact us here.