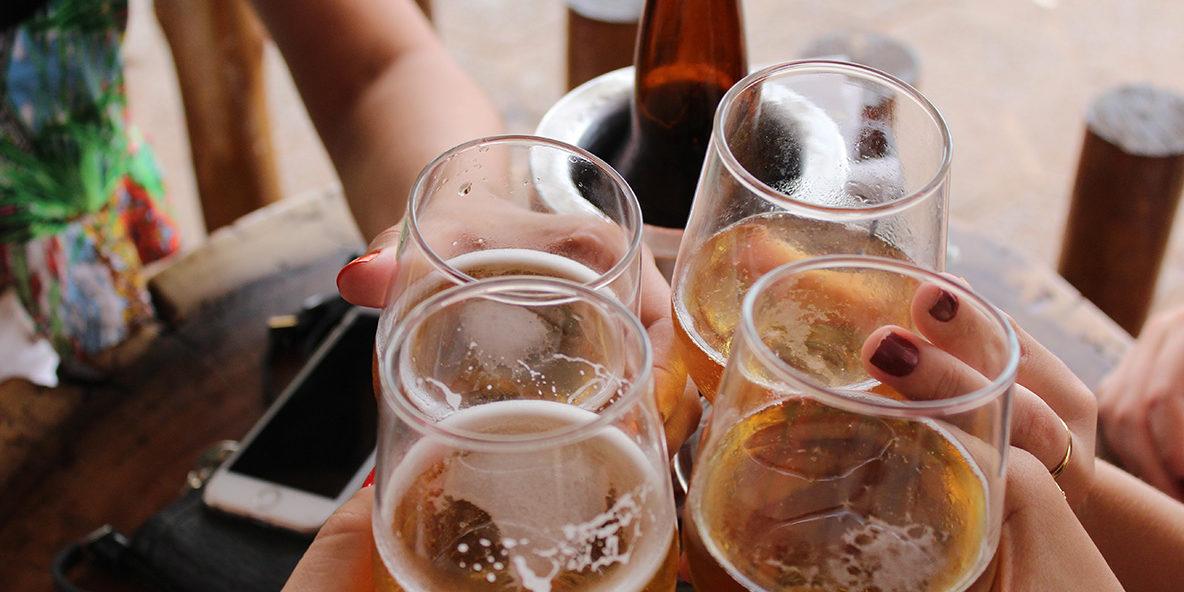 Earlier this month, the Washington Post reported that 1 out of every 12 American adults has an alcohol use disorder – that’s 17.6 million people. I don’t know about anyone else but – as unfathomable as that number seems – I can’t help but wonder if it’s a little low. Maybe it’s from my experience at our New Hampshire drug rehab. To be fair, the National Council on Alcoholism and Drug Dependence (NCADD) notes that “several million more…engage in risky binge drinking patterns that could lead to alcohol problems”. Moreover, “66.6 million people from age 12 to 17 report binge drinking. That’s 1 in 4 young people”. If those numbers aren’t staggering enough, 40% of all hospital beds in the United States are being used to treat health conditions related to alcohol consumption. Forty percent.

I don’t know if it’s because April is Alcohol Awareness month or if it’s just a coincidental barometer of our current cultural condition, but I have seen an increase in misleading commentary related to alcohol use disorder on social media. I have witnessed people who identify as having an alcohol use disorder put down people who have other substance use disorders. I have similarly observed people speak negatively about alcohol treatment programs that are saving lives. I have watched people with whom I attended school for social work and substance use counseling marginalize those who use drugs versus those who use alcohol. I have seen dozens of people put down a company selling non-alcoholic mocktails. The company says, “there are millions of reasons not to drink,” and the masses respond, “yes, but there are a million more reasons to drink. Why would you buy this unless you’re adding vodka?”. I have been ‘unfriended’ because I dared to confront the drinking culture in law enforcement and advocate for training and alternative coping skills. Everywhere I look – even in the helping profession itself – people defend alcohol like it’s a magic, life-giving elixir that must be protected at all costs.

But alcohol is not life-giving – not by any stretch of the imagination. According to NCADD, “[more] than half of all adults have a family history of alcoholism or problem drinking, and more than 7 million children live in a household where at least one parent is dependent on or has abused alcohol…Alcoholism is the 3rd leading lifestyle-related cause of death in the nation. Excessive alcohol use is responsible for 2.5 million years of potential life lost annually, or an average of about 30 years of potential life lost for each death”.

Alcohol is a drug – and its popularity and pervasiveness make it arguably one of the most sinister. It runs under the radar, undetected and unquestioned. A drug is simply a substance that has a mind-altering effect. However, when most people imagine drug use, they think of syringes, crack pipes and homelessness. It’s easier to view troublesome things from a distance. No one wants to examine their own backyard. There are two kinds of fear: “Alcohol use disorder can’t possibly happen to me,” and “I don’t want to do any work on myself. That kind of growth is for other people.” As for those who acknowledge their alcohol use disorder but put down other substance users, that, too, comes from a place of fear. The human ego wants to be seen as “better than,” whether you are someone who is dependent on substances or not. Unfortunately, substance use disorder shouldn’t be an ego or moral issue – but it has been stuck in that mold “ever since man first crushed grapes”. Substance use disorder is a disease issue. Substance use of any kind has the capacity to permanently rewire the brain – or to prey on brain wiring that has already been made vulnerable by trauma. This rewiring creates the uncontrollable compulsion to continue using at any cost. Substance use disorder passes disease process criteria with flying colors: It is chronic (endures over time), progressive (has increasingly serious consequences without treatment), and potentially fatal.

Some say that in order to change people’s hearts, it’s better to peacefully model life without excessive (or any) alcohol use than to demonize it altogether. Demonizing alcohol didn’t work in the prohibition era and it is just as unlikely to work today. However, maybe it’s time to stop glossing over the facts. Alcohol doesn’t have to be bad, but it’s time to own the wreckage and the risks. This, ironically, starts in our own backyards. We don’t change the world by changing other people – that’s impossible. We change the world by changing ourselves. If everyone engaged in this exercise, our world would be a different place.

Here’s how you can help:

Are you suffering from alcoholism in New Hampshire? Is there a topic you’d like to see covered on our blog? We’d love to hear from you!