Suicide Prevention and Substance Use Disorder 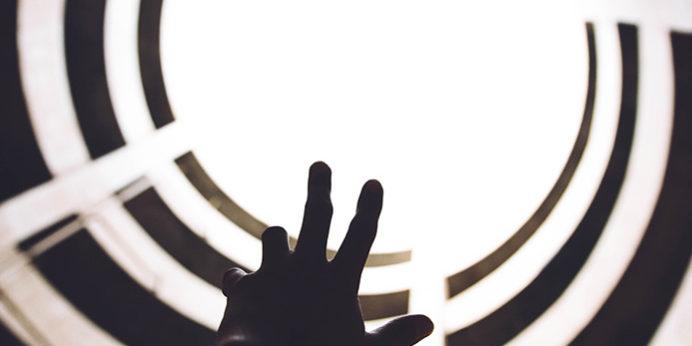 Unless you avoid the news, you are probably aware that celebrity designer Kate Spade, and celebrity chef Anthony Bourdain, both died by suicide in the space of one tragic week. In the days since the respective announcements, the subject of suicide prevention has been trending across social media. “Why,” some people muse, “do people with wealth and fame die by suicide?” While one percentage of the population searches for answers, another percentage uses social media as a platform to dole out advice. Suddenly, the internet is filled with psuedo-psychologists and self-proclaimed experts. Whether you fall into the answer-seeking or advice-giving categories, the media storm tends to die down after a few weeks and life, for everyone but the family, returns to business as usual.

The first question we can address is, “Why do people with wealth and fame die by suicide?” The answer is straightforward: suicide, like addiction, is not limited to one socio-economic status. People from all walks of life can be impacted by mental health concerns and substance use disorders. The other component to consider is the immense pressure all people feel to succeed. Celebrities, especially, are not immune to this pressure. Having achieved celebrity status, it’s easy to become overwhelmed by the high stakes and crushing demands. It can also be suffocating to feel like one must wear a mask to satisfy an audience, rather than showing up as a perfectly imperfect human being. How can one live a normal life when one’s every move is scrutinized and judged? How must it feel to live up to impossible standards? When considering a veritable stranger’s circumstances, it’s important to remember that we only see things from our own limited perception. Too often, we are blinded by wealth and celebrity and fail to see the person.

“Seeing a person”, or connection, is the fundamental key to suicide prevention. In the throes of depression, reaching out can be extremely difficult – if not impossible. The markers of depression – hopelessness, despair, low energy, fatigue, isolation, and apathy – all pose barriers to life-saving connection. The Process Recovery Center’s clinical director, Traci Weaver, notes that stepping up to the plate from a suicide prevention perspective constitutes accepting a dual role:

1. Committing to not “sticking your head in the sand” and leaving the depression and/or suicide warning signs unacknowledged

2. Reaching out and validating both the pain and your presence as a supportive individual.

Traci also emphasizes the difference between “making a connection”, versus trying to “manage” or “fix”. It is not within one’s power to change another person. However, holding space for someone and acknowledging their pain is unspeakably beneficial.

Suicide prevention comes down to talking about it. If your friend, family member, coworker, or acquaintance isn’t ready to talk, you can leave the door open to the conversation by communicating your care, concern, and support. Furthermore, it’s important for you to seek help, too. Reaching out can alleviate your own emotional turmoil and guide the provision of appropriate support to the individual who is at risk.

Suicide Prevention and Substance Use Disorder

As an addiction treatment facility, we would be remiss in our duty to raise awareness if we did not point out the existing correlation between substance use and suicidality. There are obvious parallels between substance use interventions and suicide prevention. Johann Hari, a journalist and author who writes about the war on drugs, posits that  “the opposite of addiction is connection”. As mentioned, this same connection can be a powerful balm for someone suffering in the grip of suicidal ideation. However, the similarities between substance use and suicidality are not limited to the realm of prevention. In 2016, SAMHSA released a resource guide entitled Substance Use and Suicide: A Nexus Requiring a Public Health Approach.

According to SAMHSA’s guide, “[individuals] with substance use disorders (SUDs) are particularly susceptible to suicide and suicide attempts. Indeed, suicide is a leading cause of death among people who misuse alcohol and drugs…Alcohol and drug misuse are second only to depression and other mood disorders as the most frequent risk factors for suicidal behavior. People at risk for suicide and substance misuse share a number of risk factors that include depression, impulsivity, and thrillseeking/life threatening behaviors”.

SAMHSA’s assertions are supported by staggering numbers: “Opiates, including heroin and prescription painkillers, are present in 20% of suicide deaths in the U.S. [and] 22% of deaths by suicide in the U.S. involve alcohol intoxication”. Data collection demonstrates that “a diagnosis of alcohol misuse or dependence is associated with a suicide risk that is 10 times greater than the suicide risk in the general population, and individuals who inject drugs are at about 14 times greater risk for suicide. Acute alcohol intoxication is present in about 30-40 percent of suicide attempts”.

While SAMHSA notes a paucity of research in the area of substance use and suicide, their resource guide references a study in Ontario, Canada, which “revealed that as alcohol consumption in a population rises, the suicide rate also rises by between 11 and 39 percent, suggesting that a population’s level of alcohol use may be correlated with the suicide rate”.

SAMHSA’s guide underlines the unquestionable necessity of addiction treatment. When people ask, “what more can we do to prevent death by suicide?” – addiction treatment is typically not the first solution that comes to mind. However, the numbers show that substance misuse and suicide risk have an alarming association. In addition to pushing for more research, SAMHSA recommends an integrated public health approach: “Because risk and protective factors for [SUD and suicide] can overlap, prevention professionals need to be aware of them and to implement prevention programming that reduces risk and enhances protective factors within the population and in communities”.

The Process Recovery Center is committed to integrated treatment, which means Johann Hari’s principle of connection governs our practice. Our priority is not only to connect with the individual, but also with each other as a treatment community. Connection guides our approach in every facet of the treatment process, as well as our vision for program development.

When you’re hurting, reaching out can feel like an impossible task. Sometimes texting can make it easier to communicate your pain. If you’re thinking about suicide, Crisis Counselors are available via text. For free help: Text CONNECT to 741741 in the United States.

You can also call the Suicide Prevention Lifeline at 1-800-273-8255. The Lifeline provides 24/7, free and confidential support for people in distress, prevention and crisis resources for you or your loved ones, and best practices for professionals.

If you think you may have a problem with drugs or alcohol, please call (888) 649-1149 or contact us here. We care about you. Let us help you discover a new life.

Autumn Khavari is the Process Recovery Center’s in-house writer. She received an education in Substance Abuse Counseling from Beal College in Bangor, Maine.

Substance Abuse and Mental Health Services Administration. (2015). Substance Use and Suicide: A Nexus Requiring a Public Health Approach. In Brief.