The Mythical “Young Person’s Disease”: A Brief History of Addiction 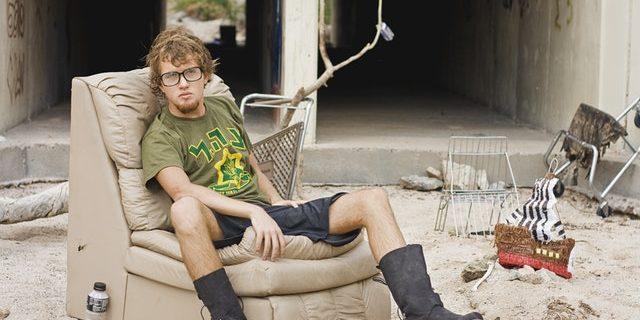 We all know at least one person who loves to rant and rave about the shortcomings of the younger generation: “I can’t believe kids these days! They are so selfish. They’re the cause of the problems in our society!” Perhaps you don’t just know that person…perhaps you are that person.

This outpouring of intergenerational frustration has been occurring since the dawn of adolescent development. To be fair, some of the resentment has gossamer roots in reality but, more often than not, it is an overgeneralized and inequitable variety of angst. Ageism, as it relates to addiction and addiction treatment, poses special problems. It contributes to the stigma that addiction is a “young person’s problem,” and it alienates older age brackets from considering treatment.

The latest science says that the human brain doesn’t stop developing until at least twenty-five, and with this growth comes puzzling blunders, infuriating missteps, and downright poor decision making. But these understandably exasperating markers of development are not to blame for the addiction epidemic. Instead, they demonstrate, from a brain science standpoint, that young people are more susceptible to flawed executive functioning and, therefore, substance experimentation. Young people, however, are certainly not the only ones operating destructively in relation to drugs and alcohol.

As easy as it is to use “millennials” – or the latest generation of young people – as a scapegoat for the substance abuse crisis, the truth is that people have been using and abusing alcohol, and other mind altering substances, for thousands of years.

How long have humans been drinking? Well, one study shows that “a fermented drink made of grapes, hawthorn berries, honey, and rice was being produced in 7000–6650 B.C. The earliest firm evidence of wine production dates back to 6000 B.C.” (Wikipedia). Between 3000 and 2000 B.C., “beer making [flourished] in Sumerian/Mesopotamian civilization, with recipes for over twenty varieties of beer recorded on clay tablets. Wine production and trade [also] became an important part of Mediterranean commerce and culture” (LMU).

What about today’s most vilified drugs, such as heroin? Not unlike alcohol, opiates have also been around for millennia. “The earliest reference to opium growth and use is in 3400 B.C. when the opium poppy was cultivated in lower Mesopotamia. The Sumerians referred to the opium poppy as “Hul Gil” – the “Joy Plant,” and would pass the plant and its euphoric effects on to the Assyrians, who in turn passed it on to the Egyptians. Around 460-357 B.C., Hippocrates, the “father of medicine,” acknowledged opium’s usefulness as a narcotic” (The Atlantic).

In the United States, people were beginning to recognize and acknowledge drug and alcohol addiction – or “inebriety” – long before the 20th century failure of Prohibition and the creation of Alcoholics Anonymous. Starting in 1750, “[alcoholic] mutual aid societies… [were] formed within various Native American tribes”. In 1774, abolitionist Anthony Benezet published the earliest American essay on alcoholism, Mighty Destroyer Displayed. (William White Papers).

Benezet wrote: “My principal and indeed only motive…is to endeavour to rouse the caution and indignation of mankind, against those mighty destroyers and debasers of the human species, fermented distilled spiritous liquors; those worse than infernal spirits, which bewitch and infatuate the nations with their sorceries…[The] eminent physician Dr. Hoffman expressly cautions against the use of distilled spiritous liquors. “Because,” says he, “they are, above all things… caustic burning spirits; which, by inflaming the solids, and thickening the fluids, cause obstructions, which bring on many fatal diseases…whereby multitudes are yearly and daily destroyed”” (U.S. National Library of Medicine).

Echoes from the Past

History has delivered an important message via its ancient timeline of substance use and struggle – a timeline that is too lengthy and profound to condense into a single article. It has demonstrated that addiction is not new. Mankind has been seeking to chemically alter consciousness since time immemorial. It is not an issue unique to any age or ethnicity. And while young people may be more susceptible to experimentation from a brain development perspective, they are certainly not to blame for our modern day crisis. The generational finger pointing is merely a distraction. Ultimately, the blame game deters us from achieving and maintaining a solution focused orientation. When we participate in this game, we benefit no one…and we punish ourselves. The questions we should be asking are: “How can I encourage suffering people of all ages to seek treatment?” and “What can I do to help change cultural attitudes around substance use?”

At the Process Recovery Center, we provide addiction treatment to anyone over the age of eighteen. People of all ages have achieved success in our program. If you are struggling with a drug or alcohol issue, please call (888) 649-1149.