Becoming the Picture of Sobriety Isn’t the Goal 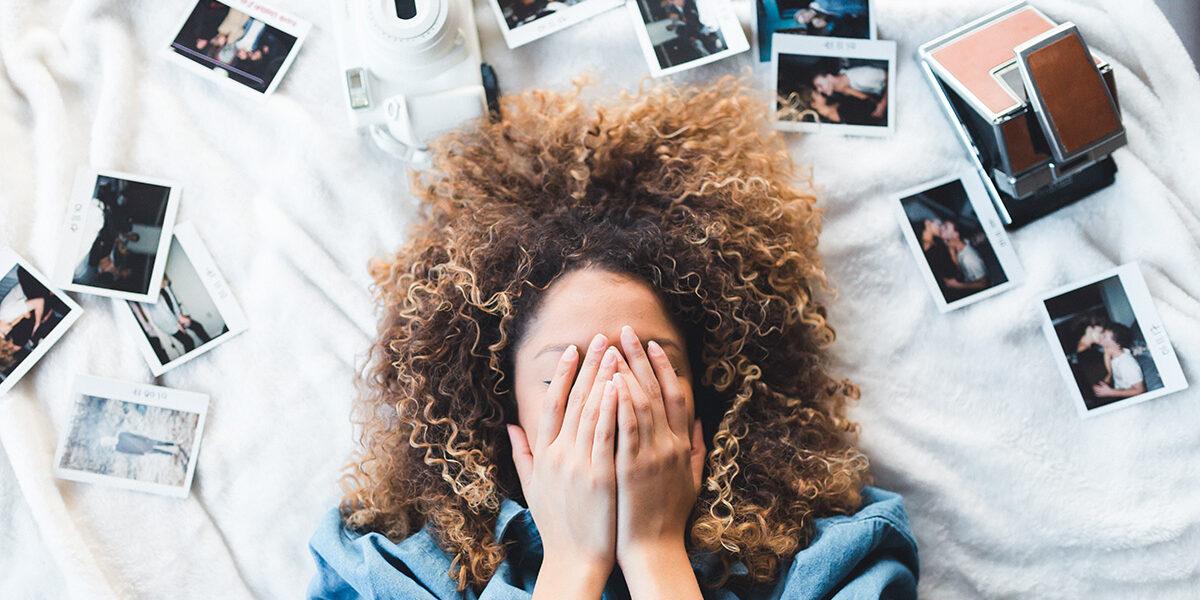 I was listening to a podcast and the host, Nadia Bolz Weber, said, “I’m tempted to write an anti-self-help book called, ‘You Are Not Enough’. It’s okay…there is enough. But, oh my gosh, it doesn’t have to all be you. It doesn’t have to come from you – just to sort of let everyone relax”. I laughed out loud, namely because I love anything counterculture, but also because she’s right. We expend so much energy (and money) trying to not only do enough and be enough, but also to do and be everything. We want complete control over our lives and our destinies. Alan Watts said, “There is a contradiction in wanting to be perfectly secure in a universe whose very nature is momentariness and fluidity”. In that sense, we aren’t enough. We can’t change the cosmic grain, no matter how much we go against it.

Substance abuse treatment is a microcosm of this struggle. People with substance use disorder want nothing more than to control their alcohol and drug use, and the substance abuse treatment process is one of coming to terms with the fact that they can’t. After that initial phase of surrender, people in early drug or alcohol outpatient rehab often find themselves looking for other ways to feel in control. So, they get a flashy car, or a luxury apartment, or name brand clothes, or a new romantic partner and say, “Look at me, I’m doing great!” In society’s eyes, these standards of success compose a perfect picture of sobriety.

In our recent post, 5 Reasons Productivity is Hard Right Now (and How to Stay Sober Anyway), I wrapped up by saying, “it’s okay if you’re not the Picture of Sobriety.” When I was writing that phrase, I realized Picture of Sobriety forms the acronym “P.O.S”. This also made me laugh – despite the thought being in poor taste – because a picture of sobriety is not what we’re aiming for. Recovery isn’t about projecting a carefully controlled image, it’s about being okay in all of your messy, mistake-making, human glory. Unsurprisingly, we have once again circled around to the parallels between substance abuse treatment and living. Whether you’re in drug or alcohol outpatient rehab or not, the point of this whole life thing is to get comfortable with your vulnerable, imperfect humanity.

Maybe Nadia’s anti-self-help book shouldn’t be called, “You Are Not Enough,” but “Being Enough Is Not The Point”. Or “Not Being Enough is the New Enough.” But I digress. It’s her book. She should call it what she wants.

A Picture of Sobriety is Worth 1,000 Words (of Warning)

Many family members get their hopes up after their loved ones discharge from substance abuse treatment and exhibit outward signs of wellbeing. Perhaps their loved one is thriving at work, eating well, and going to the gym. Justin Etling, co-founder of our addiction treatment in New Hampshire, emphasizes the importance of focusing on an internal rather than an external barometer of recovery.

In an earlier post, Justin noted, “A barometer for addiction recovery is action steps taken for recovery. That’s an issue people wrestle with a lot; they start doing things they think make their life better and equate it to recovery. This is an issue for families, too. They see their loved one and think, ‘oh, they look great now’. But, at the end of the day, if someone wakes up in the morning, goes to work, comes home, eats dinner, watches television, and goes to bed, what did he do for his recovery? The answer is ‘nothing’. Now, a normal person might look at this scenario and say, ‘they’re doing great!’ They might look great on the outside, but on the inside – mentally – they are deteriorating. In my opinion, without some type of addiction recovery task in your life, the disease of addiction is slowly but surely chipping away at you”.

What are recovery action steps? And how do they relate to the inside rather than the outside? A recovery action step is anything that helps you change your thinking. Drug and alcohol misuse are symptoms of substance use disorder. Addiction isn’t really about the substances – it’s about the dis-ordered thinking that drives you to misuse. Steps to rewire your thinking include (but are certainly not limited to) attending recovery meetings, talking to a mentor or sponsor, writing inventory, or seeing a therapist.

While we encourage self-growth processes, there is a danger that must be confronted, and that is getting caught up in the pursuit of “fixing” yourself rather than finding yourself. You have a substance use disorder… but you are a human being. The disorder is for rewiring. The human is for rediscovering.

When I think about the people in my life who embody recovery, I don’t think about those who have “fixed” away all their problems. A genuine picture of sobriety, in my eyes, is someone who is living “life on life’s terms.” And life, as we’ve established, is transient and messy. So, recovery (and, therefore, authentic living), is being comfortable in your own imperfect skin. It’s learning to roll with it when things don’t go according to plan. It’s the ability to be vulnerable with others. It’s making mistakes and owning them. It’s laughing at yourself when you trip up the stairs. It’s knowing who you are and what you want, and earnestly exclaiming “no!” (or “yes!”) without owning the other person’s response

It’s acknowledging that no, you’re not good enough to be perfect, and that to expect perfection would be to deny your humanity.

Are you looking for addiction treatment in New Hampshire? Let us know how we can help.

5 Reasons Productivity is Hard Right Now (and How to Stay Sober Anyway)
May 1, 2020