My Son: A Person In Recovery 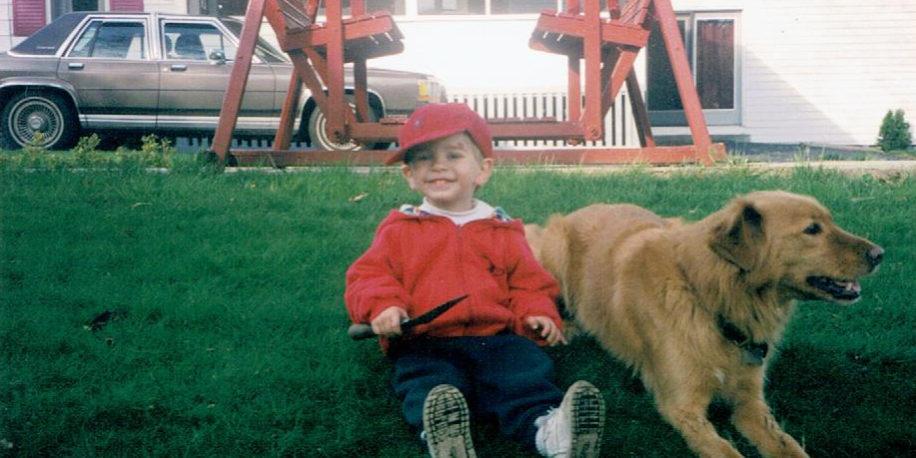 My son is not a junkie. He is a thoughtful, sensitive, quiet young man who as a kid, could out-sprint anyone, and always slid safely into second base on a steal. He loved basketball, all animals, and wanted to be an “animal cop” when he grew up. He never saw substance use disorder in his future, and neither did I.

When Jack was a toddler, his best friend was our Golden Retriever-mix mutt, Sam, who we adopted from the MSPCA. Sam was at times Jack’s pillow, his jungle gym, and his entertainment when “The Crocodile Hunter,” “Kratts’ Creatures,” or, of course, “Animal Cops” was not on TV. His version of playing fetch with Sam consisted of Jack throwing the ball in the living room, Sam chasing it, and then finding a comfortable spot on the floor to hunker down and chew on his toy. Despite his canine label of “retriever,” Sam didn’t get that after he scooped up the ball with his mouth, he was supposed to return it to Jack. So Jack would toddle over, pry the ball out of Sam’s mouth, No Sammy!, and toss it again. And again. He never tired of playing with Sam. He was a typical little boy playing with his beloved dog. I never saw any red flags warning me that in about 17 years I would find my son nearly lifeless, slumped over the toilet after injecting himself with a lethal dose of fentanyl. And I can say with confidence that Jack did not choose for that to happen.

Jack’s childhood imagination rivaled any New York Times best-selling novelist’s. From age two to four, he regaled me with stories of the misadventures of brothers Ken and Derek, his two imaginary friends. One day, Derek broke his wrist. He ran into a parking lot and got hit by a car when he and his mother were leaving the grocery store. Things turned out fine, though. Derek learned a valuable lesson about holding his mother’s hand while walking in parking lots. I don’t remember Jack ever telling me about his hopes of falling in love with a beast disguised as his best friend, enslaving him, robbing him of his adolescence and nearly killing him several times over.

Witnessing a loved one active in his disease will break your heart. You watch as this insidious demon ravages his body, torments his mind and crushes his soul. But the child, the human being you know, is always somewhere beneath the surface. Sometimes he’s just below the skin, ready to emerge with a little tug. And sometimes, he’s embedded fiercely in his viscera, where he needs to be wrenched out, kicking and screaming. But he’s there. He’s still your son. She’s still your daughter. I once watched Jack, after roaming the streets in Lawrence for a couple of days chasing his high, hand over his last dollar to an elderly homeless man trying to scrape together change at a McDonald’s. (What’s that they say about addiction being a moral weakness?) In that moment, my son Jack emerged – my quiet, thoughtful, and sensitive son – even though a toxic substance had commandeered his brain.

Years before that happened, perhaps around the same time he was wrestling the rubber ball from Sam’s jaw, Jack’s brain developed with some faulty wiring in his reward system. I don’t know which influence was stronger, his environment or his genetic predisposition. But they both can share blame for his malfunctioning endorphin circuitry. As a result of such, his teenage experimentation with drugs and alcohol led to a life-long opioid addiction. He is a beautiful human who is living with an illness he didn’t ask for, which could happen to anyone. “I wish I never tried that first pill,” he told me once.

Today, my son is back and he inspires me daily. He is a Person in Recovery, a label he shares with 23 million Americans. A label I am proud to use, and I do so often.

How Support From Sober Houses in MA Can Increase Your Chances of Beating Addiction
June 4, 2021

When All Else Fails: Considering Rehab Treatment for Your Spouse
February 2, 2021

So You Need Professional Treatment: Here’s How to Find the Best Rehab for You
January 29, 2021

More Than Just a Phase: The 3 Tell-Tale Signs That Your Teenager Has an Addiction
January 25, 2021